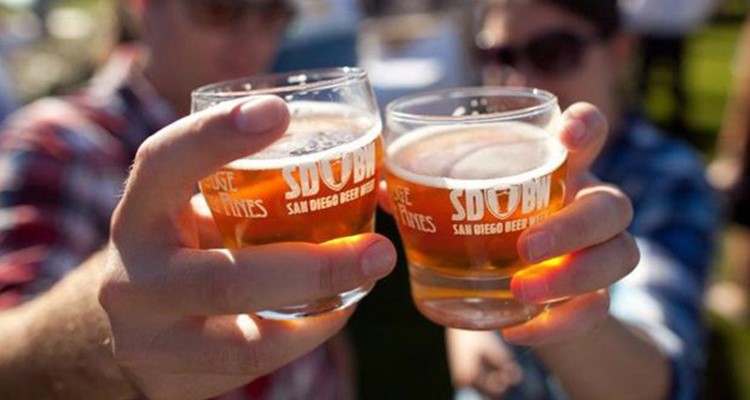 The annual San Diego Beer Week celebrates the city’s love of beer by hosting a festival featuring the local breweries and craft beer distilleries in the area. A ten day celebration loved by beer enthusiasts encourages visitors and San Diego natives to try some of the local brews, offering samples and information regarding the brewing process and flavoring. With a growing brewing culture, this event is perfect for anyone with a love of beer, food, and community gatherings.

The festival will include a beer garden, free samples of beers from participating vendors, as well as food for purchase to pair with those tasty brews.

Here are the breweries and food vendors we’re most looking forward to:

Built on the philosophy that second chances are seldom given but earned, this brewery is expanding the expectations of the casual beer. Offering tons of mainstay brews, and rotating seasonal favorites, definitely keep an eye out for these guys at the festival.

Started as just a small microbrewery and now one of the largest craft breweries in the United States, we’re big fans of our Liberty Park neighbor. With an ever evolving selection of beers and limited batches, there’s always something new to try. We’re hoping the fall season will bring back some of their heartier brews, including a mocha stout that we think will pair very well with some beer fest fare.

Serving up locally sourced burgers and barbecue, the Pioneer is a popular sports bar just outside of downtown San Diego. Watch out for their famed whiskey-glazed meatloaf sandwiches at the beer festival!

Check out our favorite breweries that are close to the hotel!