San Diego is very well known for our local craft beer scene; with over 150 breweries, tasting rooms, and bars - it's easy to see why we are considered the "craft beer capital of America". How do you know which beer is best? Try. Them. All. If you don't have time to travel to every single local brewery in town, then check out our comprehensive list of favorites below and let us know which you like the most!

Featuring an award-winning waterfront biergarten located just down the road from us, Eppig is just that: epic. Established in 1866 (yes, really) in New York, Eppig was reinvented in 2016 by craft brewery alumnis and Stephanie Eppig herself. Head over and taste the history for yourself!

Oggi's is special because it isn't strictly beer - they offer a fine selection of pizza, sandwiches, wings and more! They've been at it with the microbrews for over 20 years, have won countless awards and are located 2 miles from us - making them a staff favorite.

Head over to Liberty Station's Stone Brewing World Bistro & Gardens for an experience you won't soon forget. Eat, drink, shop and breathe all things beer at this local favorite.

Located a few miles away from us in Ocean Beach, Culture Brewing is a dog-friendly brewery with innovative flavors and an industrial, yet welcoming vibe.

Keeping coastal vibes in mind, Bay City Brewing does an excellent job of keeping their variety vast and flavors unbeatable. Try their 72 And Hoppy brew, a classic ode to the San Diego lifestyle. 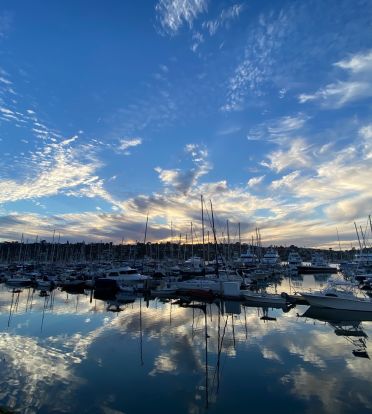 Stay in the Know

Stay connected and receive the latest hotel info and special offers straight to your inbox. Get access to our biggest sales, before anyone else!